Each year, a small number of select chefs are chosen for their dedication to incorporating healthy, locally grown ingredients into their menus.

To learn more about the Chef Ambassador Program and past classes, please visit – discoversouthcarolina.com/chef-ambassadors. 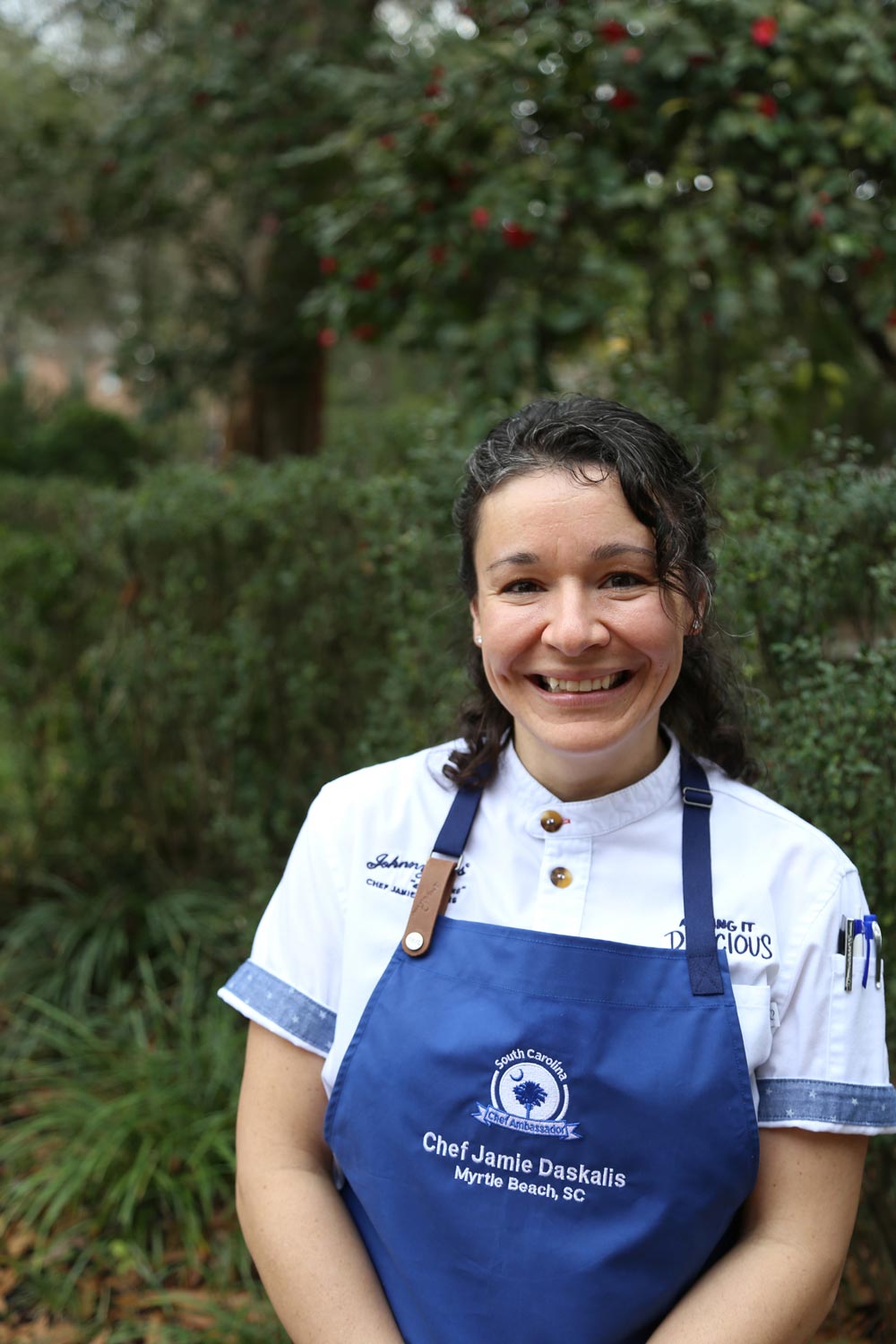 Growing up in the restaurant business put Jamie Daskalis on a steady path toward a chef’s life. Her father owned and operated four restaurants in New York, so young Jamie spent a lot of her formative years observing the culture and pitching in.

So, it was only natural that she pursued a career in the family business, enrolling in the Culinary Institute of America to earn a degree in Baking and Pastry. When an opportunity presented itself in Myrtle Beach, she headed south and the rest was providence. As the brainchild behind the wildly popular Johnny D’s Waffles and Bakery, Chef Daskalis found the perfect avenue for spotlighting her culinary talents. 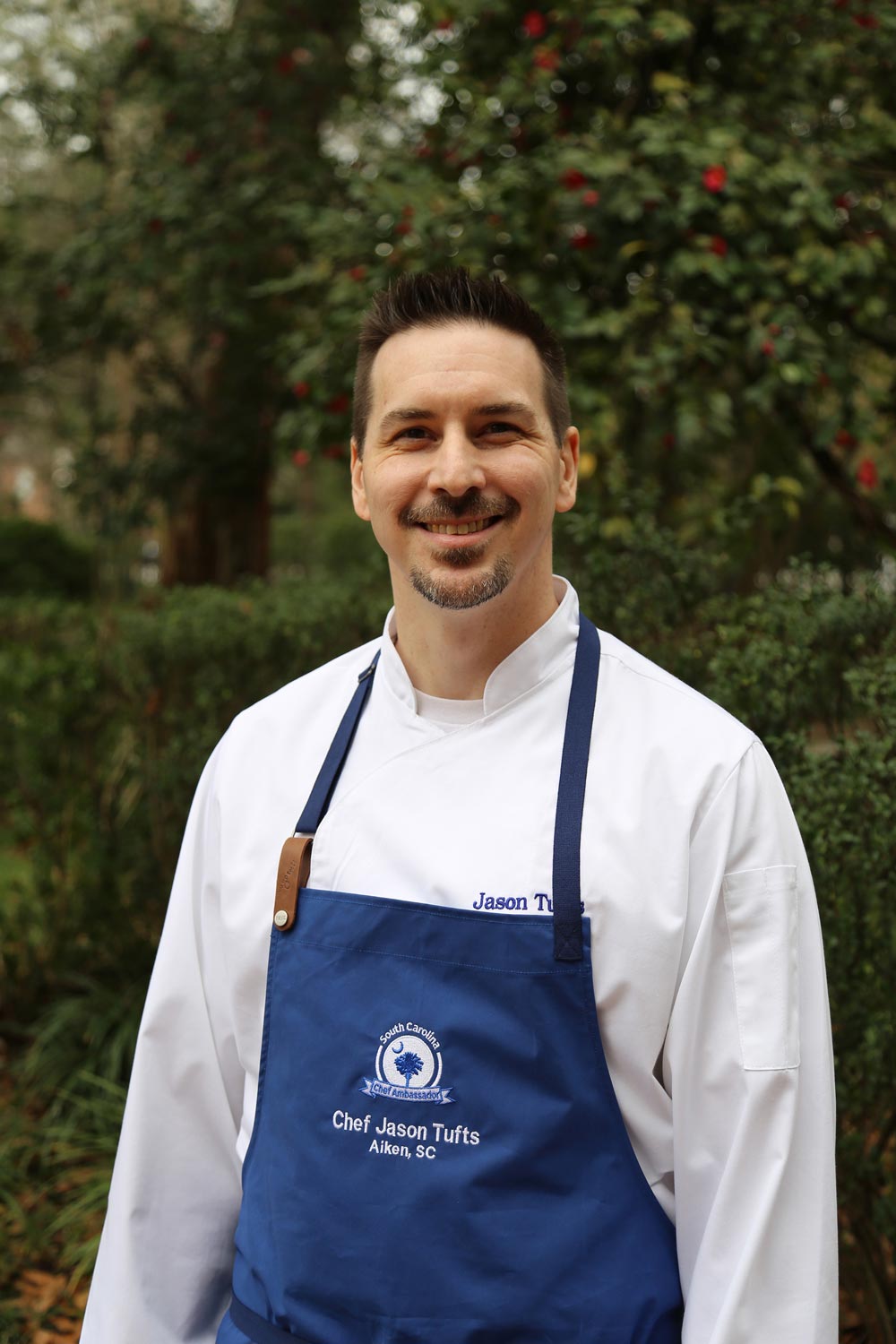 Chef Jason Tufts can thank his mama for his culinary career. As a high school student, he took a job washing dishes for a downtown Aiken restaurant, which gave him an inside look at the behind-the-scenes dynamics of a chef’s life. Sensing his budding interest in kitchen craft, his mama one day dropped the news that there was a culinary school in Charleston called Johnson & Wales. Once he had the high school diploma under his belt, off he went to the Holy City to pursue an education at the famed culinary university, where he graduated in 1999.

Chef Tufts honed his skills at the Doctors Hospital of Augusta, the Green Boundary Club and the Woodside Plantation Country Club, both in Aiken. In 2017, he was named executive chef of Malia’s, one of the town’s most popular restaurants, where he has earned a reputation for showing off local products to their freshest, finest advantage. 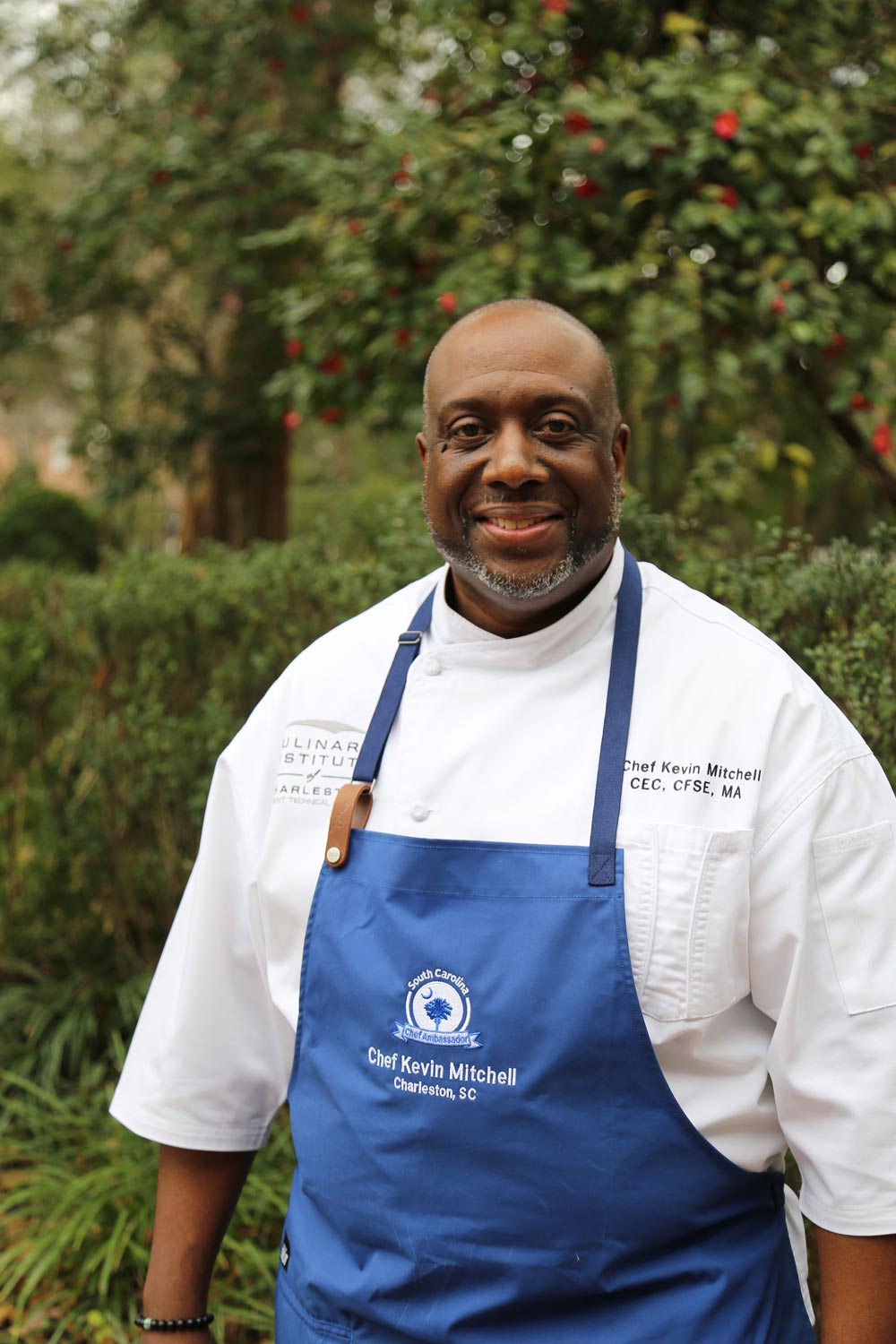 Chef Kevin Mitchell is one of those rare culinarians whose professional interests far exceed the confines of the kitchen. Disciplined and driven, he earned two degrees from the Culinary Institute of America and went on to hone his craft with hands-on experience at several restaurants across the country, including Sun Dial in Atlanta, Seldom Blues Supper Club in Detroit and the MGM Grand Detroit Hotel.

In 2008, Chef Mitchell joined the faculty at the Culinary Institute of Charleston, where he still teaches his craft to aspiring chefs. A Nathalie Dupree Graduate Fellow of the Southern Foodways Alliance, he became a strong proponent for the preservation of Southern ingredients and earned a reputation for expertise on the historical significance of African American cuisine. In 2013, he joined the board of Slow Food Charleston and remains active in the American Culinary Federation. Chef Mitchell is also the founder of Bridging Culinary Awareness, a mentoring program promoting culinary arts as a career option for challenged high school students. 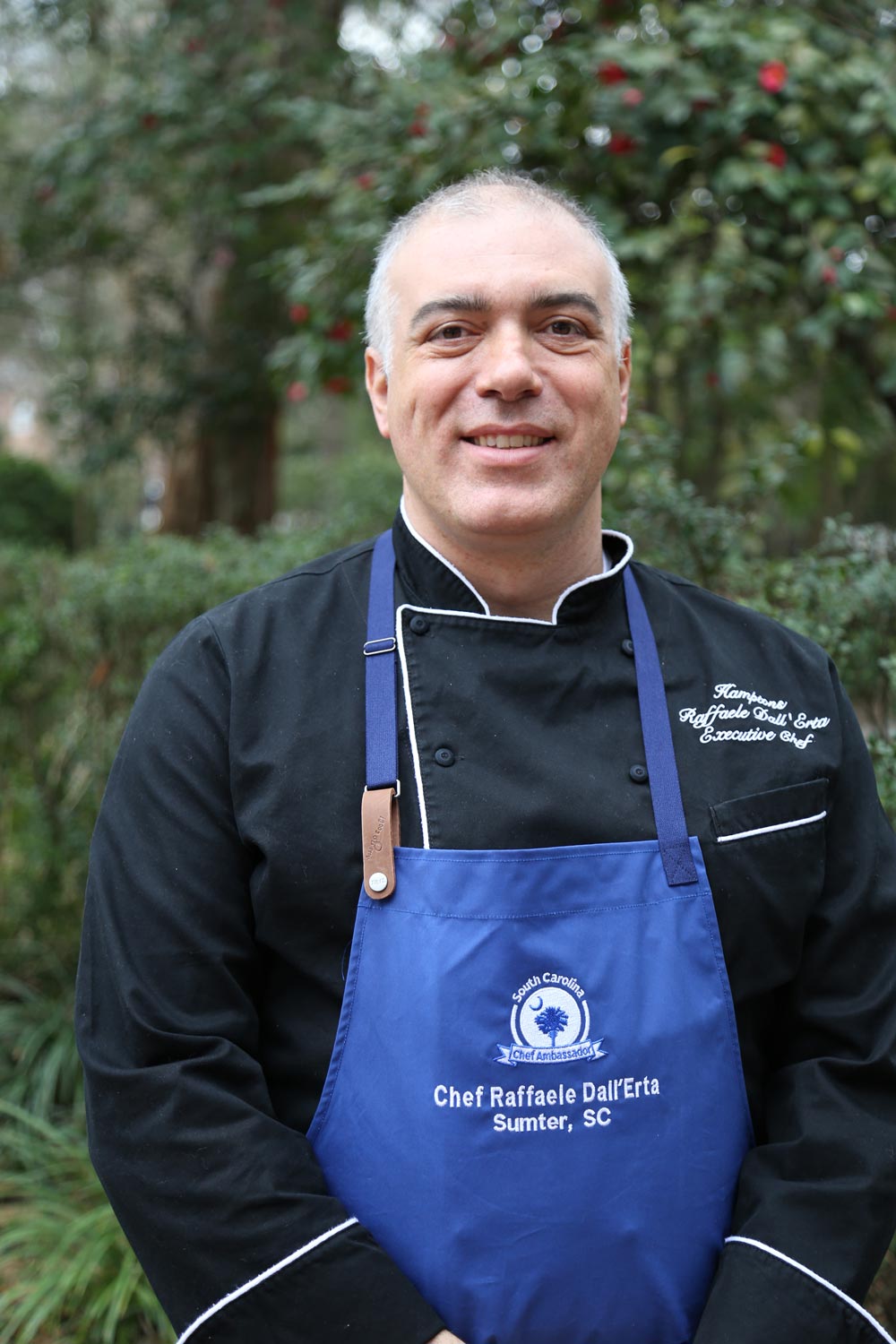 The rich traditions of family, food and Italian culture formed the springboard from which Raffaele Dall’Erta launched a successful kitchen career. As executive chef of Hamptons, he has turned the small town of Sumter into a fine dining destination, where he tempts diners with dishes prepared from the most succulent cuts of meat and the freshest locally grown produce.

Born in Milan, Chef Dall’Erta struck out on his career path at the tender age of 15, attending culinary school at Vallesana in Northern Lombardy. He followed up his schooling with apprenticeships in some of Italy’s most reputable restaurants, including Don Lisander and La Rondine, and then went on to do stints at The Fat Duck in the United Kingdom and Per Se in New York. After an 11-year turn as sous chef at the Inn at Little Washington, he landed at Hamptons in 2010 and quickly distinguished himself as a chef to watch. A decade later, Chef Dall’Erta will have even more opportunities to make his mark on the state’s culinary scene as a 2020 South Carolina Chef Ambassador.